Laura Pergolizzi’s magical voice did not disappoint a nearly packed house; her band was just icing on the LP cake.

After listening to the very limited music of his that is available on Spotify, I admit that I was not looking forward to this opening act.  I found the recordings to be far too poppy and overproduced for my taste.  Imagine my surprise when Noah – at the ripe age of 21 – and his band stepped out and played thirty minutes of fantastic, emotional, and folky soft-rock.  Noah’s vocals were spot on, with strains and cracks in just the right spots, and his band (drums in particular) provided an organic and earnest sound that was missing on the recordings I had heard.  After seeing them perform, I can now see why they are as popular as they are, and I would see them again.

After their set, while the roadies were prepping for LP and her band to take the stage, I walked back and met Noah and his entire band.  These guys were the epitome of youth and sincerity and seemed delighted by the positive reaction they were getting from myself and several others.  The lads even agreed to sign my ticket – before I bought their t-shirt, mind you.  These made solid gifts for my friend, a big LP fan, who had convinced me to attend the show in the first place.

Laura Pergolizzi is one of those musicians that many of us know without knowing that we know.  She is what Donald Rumsfeld might call an unknown unknown (that’s a deep cut, folks).  Anyway, the list of songwriting credits to her name include tracks released by Cher, Rihanna, Christina Aguilera, Rita Ora, Backstreet Boys, and Joe Walsh (really?  Yes, Joe Walsh, really).  However, it is her truly ridiculous/bonkers voice that makes her special.  Her grandfathers are both Italian immigrants, and a reliable source told me that her mother was an opera singer, which I couldn’t confirm in the fifteen seconds I spent online attempting to do so but believe completely based on her amazing vocal range.  She was discovered in 1998 by David Lowery (front man of alt-country band Cracker and one of my favorite musicians), who then produced her first record, 2001’s Heart Shaped Scar. 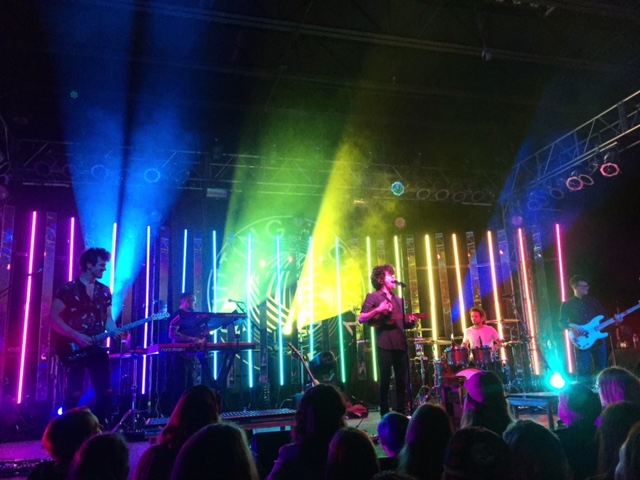 As soon as Laura and her band bounded energetically onstage and began the opening track “Strange”, it was clear that her vocal heroics are not just some studio trick.  I really don’t know how else to say it: this woman can flat-out sing. Not only can she hit notes so outrageous that they border on absurdity, but she can hover and waver on them as if her lungs have wings or are plugged into some pulsating electrical current.  She finished “Strange” with its harmonica solo, and then proceeded to toss the damned thing into the crowd.  I guess that she wouldn’t be needing that again – and it made someone’s night to catch it. 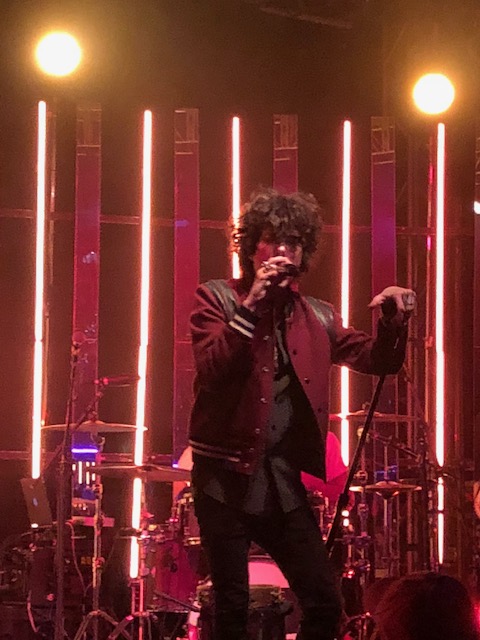 Her set consisted heavily of songs from her fantastic 2017 album Lost on You, and included a new track entitled “Girls Go Wild”.  Only five songs from her previous major label release Forever for Now were heard, which was disappointing for some of her more hardcore fans.  Being more familiar with her newer work, I was stoked to know pretty much every song they did.  When they emerged from their encore break and started on “Muddy Waters” – made popular by its inclusion on an episode of Orange is the New Black – there was some forgetfulness/screw-ups/issues that led to take III before they got it right.  The wait was worth it, as that song and the show closer “Into the Wild” were magnificent.

Throughout the set, she performed with an acoustic guitar, a ukulele, or – unburdened by an instrument – jumping from speaker to speaker and shaking as many hands as she could reach.  Infectious, energetic, talented, and engaging, she put on a great show.  The only complaints I heard afterwards were that the 17-song, 80-minute set could have been longer than it was.  If that is the verdict, that means you have done your job.  This is a show to see next time she comes our way.

You Want It All