The day that I learn that Mexicans are serious about their metal.  Deadly serious.

Amid a crowd of at least 20,000 – maybe even 30,000, I am no better at crowd estimation than our Egomaniac in Chief –I saw very, very few gringos like myself.  This may be due to the bizarre ticket ordering and pickup regulations that basically forced Americans to spend a week in Mexico if they wanted to attend.  What is not up for debate: Latin America has plenty of metalheads.  Side note: I did spend six days in and around Mexico City with a couple buddies and had an absolute blast, with two days of metal festival madness, two days of sightseeing and generally being a tourist, and two days of cheap Dos Equis, Coronas, and amazing food.  We saw 12 bands over two days, so I will try to keep this short and sweet…

Testament – Lead man Chuck Billy has put on some weight over the years, but still sounds fierce.  These guys had been off my radar for quite a while but they got the crowd all fired up for this mid-afternoon side stage set.

Towards the end the rain started, and by the time they were done, it was pouring.  We huddled under a tree for a bit, I grabbed some tacos, and we waited it out.  Except it didn’t stop – so we put on our ponchos and braved it, walking to the main stage to see the headliners for the first (and weakest) day of the fest.

Dead Cross – I was completely unaware of this supergroup – comprised of members of Slayer, The Locust, and Head Wound City – but I am not anymore.  Solid set opening up for Mastadon, even if we were still getting absolutely demolished by rain and wind.

Mastadon – The knock on these legends of the metal scene is that their last couple of albums are a clear departure from thrash and into a more radio-friendly brand of rock.  Frankly, it’s not very good and I skipped an opportunity to see them in Boise last year because of it.  However, that was a mistake – these dudes didn’t forget how to shred.  Easily the highlight of Day I, they crushed it for about an hour and did so while lightning was crashing so close to the stage that I genuinely feared for their (and my) lives.  The band either didn’t notice or didn’t care – and the concert promoters and thousands of rain-soaked fans didn’t care either.  In America, that shit gets the show cancelled, or at least postponed until the sky clears up.  In Mexico, potential death is just an accepted side effect of The Metal… 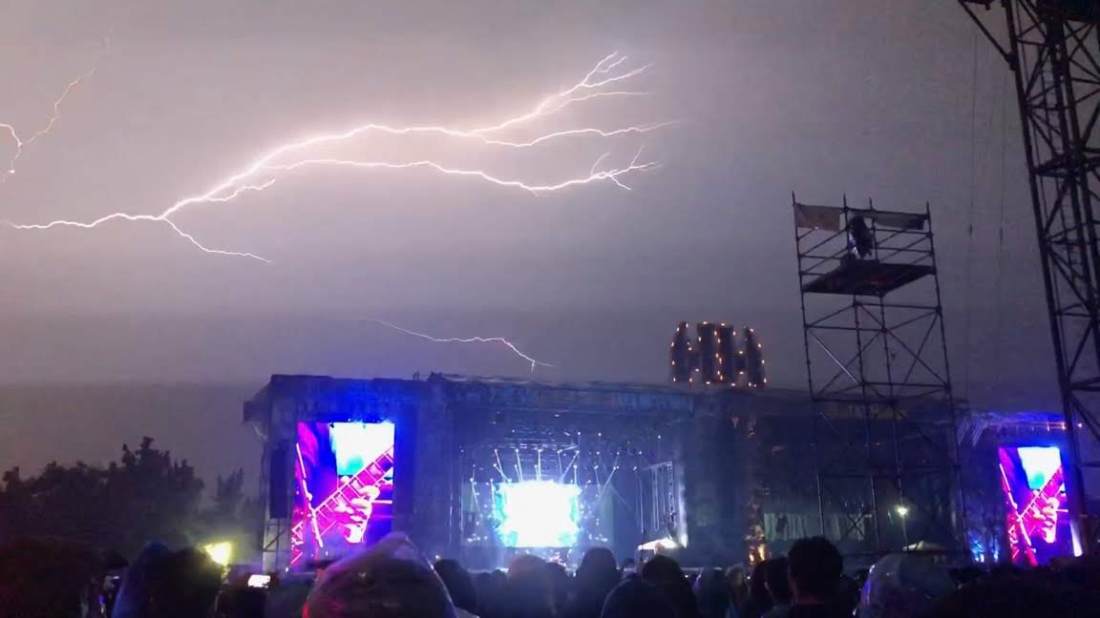 Deep Purple – I was not expecting too much of these guys, and I got about what I anticipated.  With shoes, shorts, and hair soaked through and through, we decided to bail out a little early.  Missed the end of their set and the entirety of night-closer Scorpions, but as I said to my friends as we were deciding to leave: I have skipped the opportunity to see the Scorps before, so why should I stay and be miserable now?  Besides, there was beer to drink back at the condo and this whole trip was all about Day II anyway.