While not exactly Cajun, this music has soul, and these guys take their soulful southern rock to a new level on their fourth (and best by a mile) album.

The Revivalists may be best known for their megahit “Wish I Knew You” from 2015’s Men Against Mountains LP, which was a fine but up and down record.  Make no mistake, this New Orleans-based band hits it out of the park on the follow up album.  Take Good Care is one of those albums that catches you the first time you hear it, and also has staying power.  This LP is consistently listenable with very few low points, which is rare these days for 14-song records.  Ironically, the leadoff track “Otherside of Paradise” is one of the few tracks that didn’t do it for me.  To channel Lee Corso, “not so fast my friends”, because virtually every song that follows qualifies as a winner.  Lead single and radio smash “All My Friends” has that uniquely Revivalists mix of pop and soul that just hits you on an emotional level and also makes you want to find the nearest beautiful lady and dance.

David Shaw’s voice is at once perfect for this music and also not special or pretentious at all.  The man and his 7-piece band have clearly been honing their talents for nearly a decade, it shows.  “Change” beings with a cutting bassline and David’s near falsetto vocals, and culminates with a very Revivalists chorus: “You got some change inside your pocket, but it doesn’t change a thing; I’m a stranger to your smile but I have seen some stranger things; all the money in the world but you still end up wanting me, your change inside your pocket, baby, doesn’t change a thing”.  Even for a self-proclaimed pop-hater (HARD CORE), this is magic.

I could write a paragraph for every song, it is honestly that good, but I digress: safe to say that if you like music that lifts you up and might make you move a bit, this is worth your time.  Check them out! 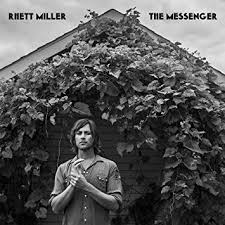 Where did this come from???  Consider me surprised, this solo effort is downright amazing.

Where did this thing come from?? Don’t get me wrong: Old 97’s are a fine bad, making their brand of decent country/southern rock, and getting along just fine.  However, this solo effort from leadman Rhett Miller is brutally honest, well-written, and has melodies to spare.  He shares his thoughts on his life and the word today, with great – no, excellent results.

“Total Disaster” might as well be my personal theme song.  This thing is just marvelous: ingredients? One screwed up individual, and life.  Blend that with something I don’t have (i.e. songwriting ability) and you end up with three minutes of perfection.  On the second track, “Did I Lose You at I Love You”, we get the story of a man who is too willing to throw those three “magical” words out, always finding himself losing the girl in question due to his haste.  What a total bummer it is to let on to someone how you feel and lose them just because you dared to lay it out?  Rhett says it best when he says “what if I never said the words or if you hadn’t heard, when I whispered them to you, would we be laughing and carefree, would you still be with me, if I’d kept it to myself; maybe you would have come around someday, but the words got in the way, now I’m left here and lonely”.

“The Human Condition” is pure genius that is almost in the ballpark of Josh Tillman and should come with a disclaimer… a musical tale about what it means to be alive today, it is complete with warnings of misery and always being alone.  This cautionary tale serves as the chorus: “You might die when you’re young and you want to, you might die when you’re old and you don’t, you might live forever one can only hope”.  We are also told that “the tax man got nothin’ on the reaper man, money’s just a bright white shiny lie; the bottle is a black hole where you fall and fall and fall, there’s no Heaven, just a big blue sky”.  That is just the first ninety seconds, folks.  Needless to say, Rhett is not screwing around on this one.  Where did the title of the album come from? Well, he explains his dark and direct song by saying “don’t get mad at me, I’m just the messenger; I’m only sayin’ what I’m seein’ and what I’m seein’ is all too clear”…

“Close Most of the Time” is a very fitting mantra for 21st century man – we try and get close, just close enough to get by… a very personal accounting of his life so far.  Make no mistake, this thing requires an open mind and is not the accessible music that The Revivalists and others are giving us, but this is sincere and smart.

The highlight of the record is the fantastic and introspective “I Used To Write in Notebooks”, which finds Rhett looking back at his pre-internet youth and comparing that with his middle-aged existence complete with all of our Jetsons-satellite tech, and features this coming of age lyric: “I used to have sweet dreams, when I was poor; I got a little dough now, don’t dream anymore; I lie awake and worry, wonder when I’m gonna die; I’m never all alone, got the reaper standing by”.  This is one of my favorite albums of the year, and not because I can relate to his middle-aged and incomplete mantra – but because he can write a killer song, overly personal or not.  This thing is worth a listen.

Key Tracks: “Did I Lose You At I Love You”, ”The Human Condition”, “I Used to Write in Notebooks”

A true gem of a live album from one of the most underrated bands of the 80s and 90s.

In the words of Larry Craig: LET ME BE CLEAR – this would have been my headlining album for this week, but I worried that people might skip the post altogether.  This is truly the highlight of the week and I hope you will indulge me for a moment while I try to convince you that it is worth your time.

Y’all know that I absolutely dig this band, and that my earliest musical memory is being blown away by their “Beds Are Burning” single at age ~4… See the bio on this blog site if not.  Yes, I am a sucker for this band, but I think you will like this solid performance album as well.

“Watching people fighting, watching people losing, on Armistice Day… I went looking for a war, but the only guns I saw, never used in anger”…so starts the two hour plus live album that is Armistice Day.  Let’s get one thing clear here: this band has never been afraid to bare their skin and bleed for their causes.  Unlike many other “protest bands” of the late 20th century, Peter Garrett and company put their money and words where their mouths are. I respect the hell out of them for it.

Take for example the brilliance of “Short Memory”, which posits that human kind must have a very short memory if we can accept the atrocities we have witnessed: Germans/Jews, British/Indians, Americans/Hiroshima & Nagasaki, etc, etc, etc, etc… this is not “easy listening” by any means, but it is pretty important if you ask me.  If we do not absorb, understand, and learn from the devastating losses of life from our past, then we are doomed to continue to murder each other by the millions going forward.  If you can’t stomach music delivering this type of message, I suggest you move to the next post.  Sadly, genocide is still happening today in Yemen, Syria, Sudan, and all over the world.  The very least we can do is be aware and appalled by it.

Peter Garrett may have served ten years in Australian Parliament from 2004-2013, where he focused on the native people’s rights (see “Warakurna” or “Beds Are Burning”) and environmental protection, but he has since returned to his band.  It seems Peter decided the he may actually have more influence behind a mic then behind a podium.  These guys shape their beautiful and catchy rock n roll around the social issues of their great continent, and they make no apologies about it.

You can hear the crowd loud and clear throughout the record, which is rare for 21st century live recordings, and here is the difference, dear reader: Midnight Oil have the stones to release a TRUE live album.  This is a single live concert at The Domain in Sydney, showing off just how they are at a show.  You see, most “live” albums are a best-of collection of a series of shows, and the idea of capturing your band at one show has basically disappeared.

Short on “hits” but long on passion, this thing is a triumph and my favorite live album of the year thus far.  By the time they get to their mega-hit “Beds Are Burning” (six songs in), the casual listener should already be sucked in.  Let me just say this: if I lived in the world that I wished I could, where people truly enjoyed musicianship and thoughtfulness, honesty, and a belief in the virtue of fighting for the cause of the everyman… this would be a #1 album.

Also released (and not strong enough to recommend):

Julien Baker, Lucy Dacus, Phoebe Bridgers – all women I repsect mightily.. but this release didn’t do it for me.