This one was well worth the 700 miles I drove in less than 24 hours.

When Josh Tillman (aka Father John Misty) and his band walked onto the stage just after 7:00, the sun was beginning to fade into the treeline, concluding what had been an absolutely marvelous day of sunshine and low-80s temps with calm spring breezes.

From the start, there was no doubt that Josh was in his element: slacks and sport coat coupled with work boots and a wife beater, gnarly beard and hair flowing, full of swagger.  As he and his 9-piece(!) band started on “Hangout at the Gallows”, the leadoff track from his most recent LP, I remembered why I had driven all this way.  The guy is a terrific songwriter and when Josh is playing his FJM persona he is a treat to watch. 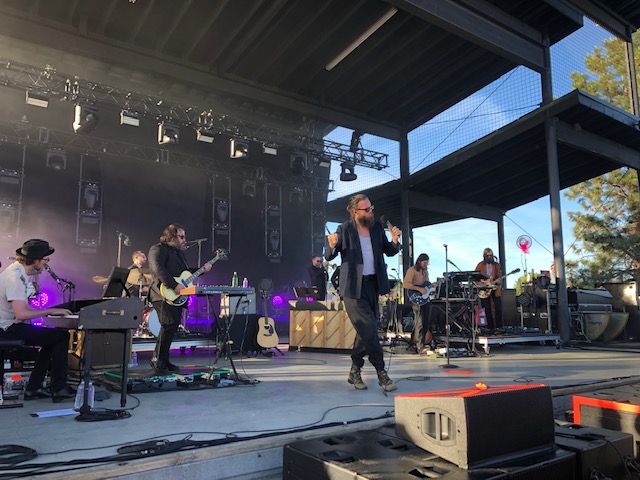 In all we were treated to 17 songs that represented each of his four records as well as the ultra-popular single “Real Love Baby” (one of his weakest songs, and one that never made it on an album).  Unfortunately only two tracks from his best album, Pure Comedy, made it on the setlist (“Total Entertainment Forever” and “Ballad of the Dying Man”) – probably because he just finished two years touring that music.  In addition to the majority of God’s Favorite Customer (his newest album and my #3 pick from 2018) we got to hear five selections from the album that started my super-fandom, I Love You, Honeybear.

For most of the evening Josh was bouncing around the stage and crooning while the fellas did the heavy lifting, but he did pick up an acoustic guitar for a few songs and even played piano on a couple numbers. 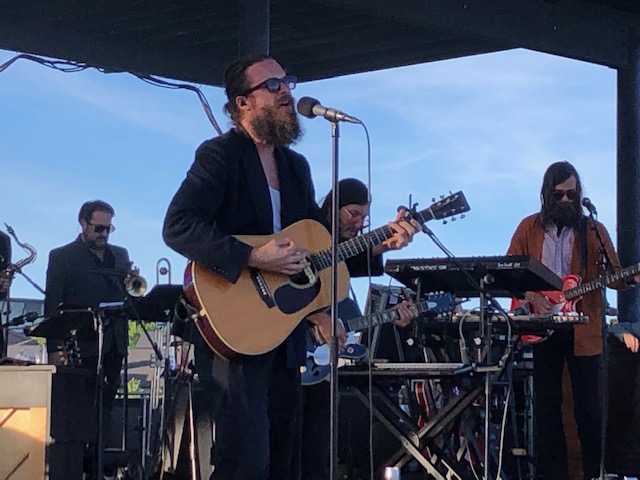 The highlight of the set was the rendition of “Holy Shit”, a thoughtful and incredibly well-crafted folk song about the human experience – typically a super mellow tune, on this night the entire band got freaking LOUD on the last verse and turned it into a rocking crescendo.  Bravo, fellas – that was seriously badass.

Mr. Tillman is one of the best going, and his live shows do not disappoint.  Also, I think I have found my look for next fall/winter… 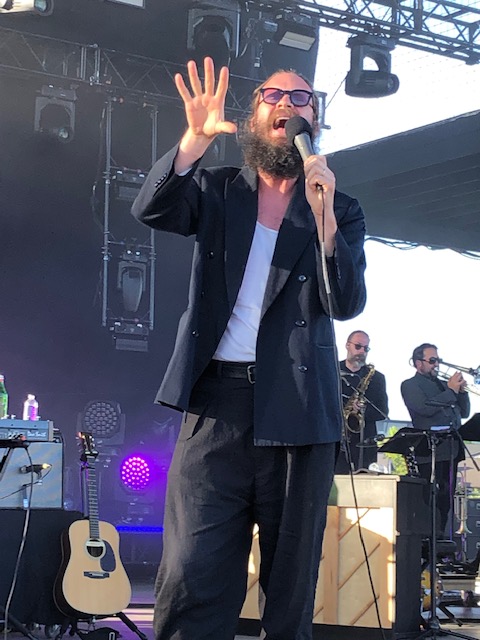 Hangout at the Gallows

When You’re Smiling and Astride Me

Disappointing Diamonds are the Rarest of Them All

Ballad of the Dying Man

Nothing Good Ever Happens at the Goddamn Thirsty Crow

Nancy From Now On

I Love You, Honeybear

Headliner: Jason Isbell and the 400 Unit 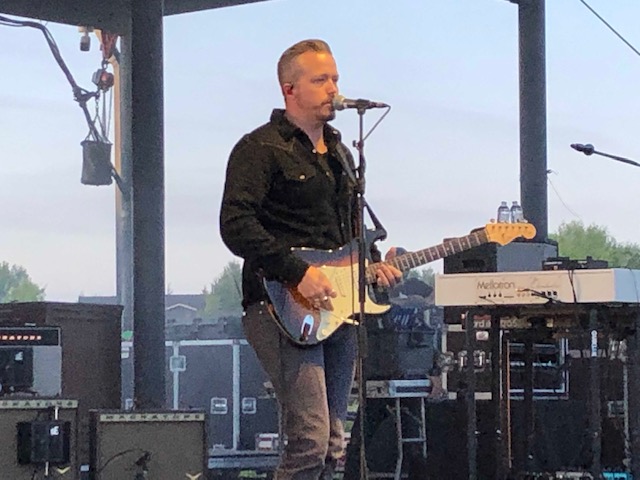 As I wrote in my August 2018 review of this band’s Austin, TX shows, these guys are the real freaking deal.  Jason can spin a yarn that will make you cry, and has a pretty voice with just enough twang.  He and his band (featuring Sadler Vaden of Drivin’ and Cryin’ who was killing it on lead guitar) can also rock the house, and they bounced between saddos and raucous moments throughout.

Although they played for over 90 minutes, they only got to 13 songs – these are epics and worth every minute.  The only downer is that Jason’s talented and beautiful wife and violinist Amanda Shires was not present, as she and her band are touring as well.

After three songs from their latest two (excellent) LPs, Jason introduced a new song, “Overseas”.  It sounds like a winner, and hopefully means there is new music being recorded soon after this tour concludes.

Two of Jason’s strongest (and saddest) compositions were given the stripped-down treatment.  For “Elephant”, Jason performed with only his keyboardist with him, joking afterwards that “if not for that piano that’d be sad as Hell”.  On “Cover Me Up”, Jason started solo and then halfway through the band came back and provided some muscle.

There was banter about Blockbuster Video (Bend has the world’s last location, don’t you know) and stories of Jimbo Hart (bass player and longtime friend of Jason’s) surviving on “movies and weed” and Jason living off of “movies and whiskey” in their youth.  There was even a birthday shout out to Cain their sound engineer, complete with a rendition of “Happy Birthday”.

The real highlight of the night was one that in hindsight I should have anticipated, given his recent relocation from Alabama to Portland: a Patterson Hood appearance for the encore.

I won’t get lost in the weeds here (by howdy could I ever), but Patterson is the lead singer/songwriter in Drive By Truckers, one of the finest bands in contemporary American rock.  Jason, of course, was himself a DBT member for several years in the 00s before going solo.  I wasn’t sure if there was animosity between the group and their former comrade, but when Jason introduced Pat by saying “this guy used to be my boss, and it turns out he’s in Oregon now”, it was clear that there isn’t. 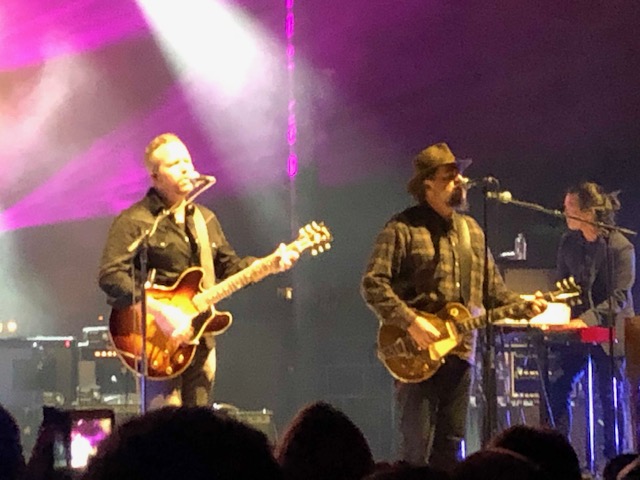 After a stellar “Outfit”, probably Jason’s finest DBT song, they tore into a mind-blowing jammed-out version of The Rolling Stones’ “Can’t You Hear Me Knocking”.  They knocked it out of the park, and looked like a couple of kids on Christmas morning.  That seven minutes alone was worth the ticket price and the drive.

Last of My Kind

If We Were Vampires

Can’t You Hear Me Knocking (with Patterson Hood)