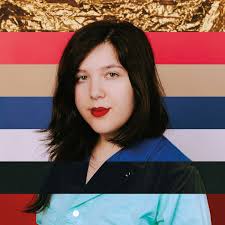 A short collection of songs mostly released as singles throughout the year is quite something when heard all together.

Lucy is a critical and indie darling, and for good reason.  She is a great songwriter with a keen eye on social commentary and interpersonal relationships.  This is perfectly illustrated on the leadoff “Fool’s Gold”, which is a lovely tune that is accentuated by audible chord changes on her acoustic guitar.  This is one of three Dacus-penned songs here, along with “My Mother & I” and the fantastic highlight that is “Forever Half Mast”.  That latter song encourages one to dwell on the past, and I love this line: “yes you’re evil, but you’re not that bad, you put out your palm more than the back of your hand; they were wrong when they said forget the past, let your flag fly at forever half mast”.

There are also four covers here, including two that truly shine.  Lucy and her band give The Boss’s “Dancing in the Dark” some urgency and an updated sound that I really enjoy, while their droning and ominous take on Phil Collins epic “In the Air Tonight” is worth the price of admission alone.  This sounds like blasphemy, but I mean it when I say this version stands right up against the original.

This EP is short but very sweet, and well worthwhile.  After the smash hit (at least in the indie scene) that was Historian, this only whets the appetite for her follow up LP.

Key Tracks: “In the Air Tonight”, “Forever Half Mast”, “Dancing in the Dark”

Taylor Hawkins & the Coattail Riders – Get the Money

Straight-ahead rock and roll, great music for the gym or a night car ride.  “I Really Blew It” is my favorite and recalls the music of middle-era QOTSA.  This album is fine, but thankfully Taylor will also be sticking with his day job pounding the kit for Dave Grohl and company.

“Widows” is the most powerful composition on yet another dark and thoughtful album focused on grief, loss, and trying to survive.

Lighthearted, jangly guitar pop/rock that reminds me of a high school prom after-party.  I don’t mean that in a bad way, just what it makes me think of.