A slow week, but I do have some good live music for you to peruse… 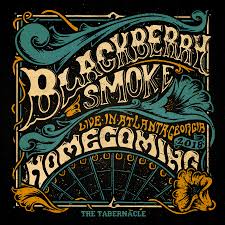 An epic dose of live jams from one of southern rock’s best new(ish) bands.

This review will be as short as this album is long – recorded in 2018 on their homefront of Atlanta, after several weeks touring Europe, the boys are clearly having fun celebrating their recent (well deserved) success on the heels of their terrific fifth LP Find a Light.  That album got rave reviews from this blog last year, and several highlights from that record stand tall here: “Nobody Gives a Damn”, “Run Away From It All”, “Medicate My Mind”.

This is a loose yet disciplined set, and Charlie Starr sounds great and completely in his element in front of his band here.  Any live album that runs over two hours will have its weak moments, but the music carries the proceedings nicely and provides an entertaining introduction for non-fans, as well as a career-spanning refresher for those already acquainted.

They also take opportunities to extend compositions into some jammy interludes, such as the “Sleeping Dogs” /”Come Together” suite that goes on for twelve mostly glorious minutes.  My favorite portion of the concert is their take on the Rolling Stones classic “Not Fade Away”, which is worth the price of the album on its own.

Key Tracks: “Nobody Gives a Damn”, “Not Fade Away”, “Run Away From It All”

These guys are polished and talented as any in the greater bluegrass arena, and for two hours here you can hear it.  For whatever reason, although I respect the Hell out of them, their music rarely moves me.  That is also true here, but do yourself a favor and check out their elaborate and great take on The Man In Black’s “Big River”.