No, it isn’t actually a double album, although it is somehow being marketed that way – but it is double as good as anything they’ve released this decade.

Before I start my review of an album that is WELL worth your time, let’s get my bias out of the way right up front: I loved me some Coldplay back in the day.  Parachutes, A Rush of Blood to the Head, and to some extent X&Y are all forever embedded in my brain as not only masterpieces but also a formative piece of my teenage and early adulthood years.  The increasing bombast and arena-pop tendencies Chris Martin and company explored on subsequent albums left me more and more detached from the great thing that I felt I had personally discovered back in 2000.

According to Spotify’s metrics, Coldplay garners over 40 million listeners each month and is the 16th most-heard band on their platform, and for good reason – although, if you ask me, not due to anything they have done lately.  Excuse me for sounding bitter, but I loved these blokes before you (or most people) did, and after three magnificent albums I listened as they slowly but surely morphed into yet another arena-pop karaoke soundscape machine.  Call me a sad bastard, call me old fashioned, call me what you will – I much preferred the minimal and beautiful version of music that Chris, Will, Jonny, and Guy were putting out as they started making a name for themselves.  On their 8th LP, these guys get as close to back to basics as they are going to get, with wonderful results.

From the first seconds of the stunningly beautiful opening track “Sunrise”, I could tell this was something different.  Yes, in fact this is their greatest collection of material since A Rush of Blood…, and I want to scream from the rooftops that my guys are back.  No this isn’t as simple or straightforward as their incredible debut, but it is a complex yet organic batch of goodness that has the power to soothe the frayed state of affairs in modern day America (or Britain, for that matter).

“Trouble In Town” is such a restrained and subtle social commentary that it almost frustrates me with its restraint, and if it wasn’t so beautiful I might not love it so much.  Consider it the modern-day kind British take on “Fuck tha Police”.  Need two and a half minutes of finger snaps, positivity, and lovely backing vocals?  “BrokEn” has you covered.  Want your daddy issues to be recognized and then washed away in a lovely piano arrangement?  “Daddy” is here for you.

But wait, there’s more: “Arabesque” is a monster, beginning with a funky groove that makes you want to shake yo azz and culminating five minutes later with a sonic wall that rocks as much as anything they’ve ever done while avoiding pop cliché that has haunted much of their recent output.  If the appreciation of the Muslim community or light shone on police brutality wasn’t enough, Chris even gives us a unique and incredibly catchy take on the gun debate with the aptly titled “Guns”.

I could go on and on, as this thing really has something for everyone – just trust me and give Everyday Life a listen or three.  This thing is likely to appear on my forthcoming Best Albums of 2019 list. 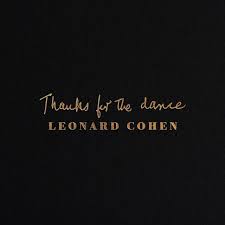 Leonard Cohen – Thanks for the Dance – 9 tracks / 29 minutes

A project born of love and respect, Leonard’s unfinished songs are brought to life by a collection of friends and family.

On this posthumous release, Leonard’s vocal tracks were augmented by music composed by his son Adam, with predictably solid results.  Mr. Cohen’s vocals are still strong, with that famously deep baritone weaving stories and turns of phrase.  Many of these songs recall his last Earthly album, the absolutely crushing and gorgeous goodbye that was You Want It Darker (my pick for #4 album of 2016).  This is particularly true on the leadoff track and first single “Happens to the Heart”, which would have fit flawlessly on that record: “I should’ve seen it coming, after all I knew the chart; just to look at her was trouble, it was trouble from the start; sure we played a stunning couple, but I never liked the part; it ain’t pretty, it ain’t subtle, what happens to the heart”.

The stunning title track is classic Cohen, with sparse arrangements that include a precisely strummed mandolin and beautiful female accompanying vocals.  I challenge you to find something as heavy and well-written in one minute as “The Goal”, and be sure to check out “It’s Torn” which is another example of Leonard’s ability to cut like a knife without you ever even seeing the weapon.  There is good reason why Kurt Cobain once wrote “give me a Leonard Cohen afterworld so I can sigh eternally”.

Yes, there are weak moments as well, and although there is far more good than bad here I am left hoping this is the last of the unfinished music that sees the light of day.  Given the work it took to assemble an all-star cast of musicians to complete this and its striking brevity, I trust that it will be.  The man’s legacy is already beyond description, and I am so in love with You Want It Darker that I will remember that as his parting shot.

Key Tracks: “Happens to the Heart”, “Thanks for the Dance”, “The Goal”

After some simple guitar strumming, when that voice comes in on “To Scatter One’s Own” it immediately lets the listener know that Billy Corgan is back.  Yes, the album is too long for its own good, and is a total lyrical encyclopedia that is sometimes hard to follow, but the music is quite lovely – fans of the more mellow side of Smashing Pumpkins rejoice -this record is the one you have been waiting for.

The lovely vocals and haunting background electric guitar of the aforementioned lead track is a highlight, as is the minor-key goodness (sadness) of the title track which sounds like it was written for his own funeral.  “Two steps to twilight”, indeed.  The countrified “Buffalo Boys” is an unexpected wildcard, but absolutely shines. If you need more minor key piano sad bastard tuneage, check out “Like Lambs” and call me in the morning.

Always one to change his style at a whim, Beck took a decidedly sharp turn towards pop music with 2017’s Colors.  That trend continues here, although this outing is a bit more melancholy and morose in its synthy bombast.  Among the dance-ready heap, “Uneventful Days”” is a standout.  The bouncy beat belies the sad and pained lyrics beneath, with Beck lamenting lost love and fighting to get through “never-ending days and never-ending nights”.  Although he may be holding on by a limb, at least the kids can dance to it.

“Saw Lightning” is so catchy even I can’t resist it (damn you, Beck), and the goofball background yelling and countrified acoustic guitar notes really tie it together nicely for me.  Finally, the atmospheric and thoughtful album closer “Everlasting Nothing” is the true highlight here.  Although this marks a second consecutive lackluster release, I am keeping the faith that this great artist’s muse will once again lead him down new avenues in the future – hopefully sooner than later.