This month in musical history – the sounds of decades past.

20 Years Ago This Month:

Eels – Daisies of the Galaxy

My man Mark Oliver Everett (you can just call him E) has been writing ridiculously underrated, consistently great music for the last 25 years, but he was sure on a roll in the early 2000s.  Daisies of the Galaxy is the first of a trio of albums (Souljacker, Shootenanny!) that stand up against just about any three-record stretches I’ve heard this century.  This post isn’t about Eels and their greatness- no, we’ll cover that some other time.  For now, a love letter to this eclectic and imminently interesting piece of work.

Like most of his albums, Daisies… can (somewhat lazily, I admit it) be divided into two groups: first, up-tempo jams, which frequently are a healthy dose of Beck-esque nonsense lyrically; and second, emotive songs that are either sad tearjerkers or sweet, heartfelt ballads.  There are plenty of great songs in both camps here.  Let’s start with the upbeat stuff!

The hook that leads into the chorus on “The Sound of Fear” is so damn good it should be required listening.  While “I Like Birds” doesn’t really have anything to say, it is a clever and catchy little earworm.  For an example of what I mean by Beck-esque lyrics, check the chorus on the excellent and ominous “Flyswatter”: “Field mice, head lice, spiders in the kitchen; don’t think twice ‘bout whatever keeps you itchin’, ice water, flyswatter gonna get you through the day”.

“Tiger in My Tank” and “Daisy Through Concrete” also qualify as pop/rock tracks that will make you move more than think, and that is A-OK.   And then there is “Mr. E’s Beautiful Blues”, the first Eels song I ever heard.  It appeared on the Tom Green movie Road Trip (unleash the fury, Mitch), and I went home that very night and looked up that song.  Needless to say, it’s a great jam, one of the first guitar riffs I ever learned to play, and likely the only Eels song most of you know.

On to the sadder, more thoughtful side of things- you see, the man can write some wicked tearjerkers and ballads of depression as well.  “Grace Kelly Blues” kicks off the album with some lush drums and horns, and a tale of suppressed dreams: “the actress gave up all her old dreams, traded up now she is a queen; royal families don’t have time for that shit, your crystal ball, you keep it hid”.  On “Packing Blankets” things may be tough, but a brighter future is in sight.  The title track is one of the sweetest (yet still sad, folks) Mark has written: “I’ll pick some daisies from the flowerbed of the galaxy theater, while you clear your head; I thought some daisies might cheer you up”.

Over subdued piano, Mark thinks of one that’ll surely be in his dreams on “Selective Memory”, and “Wooden Nickels” is a heartfelt ode to one for whom his affection is unrequited.  “Something is Sacred” confronts the tenuous nature of modern life and starts out with Mark singing over acoustic guitar “taking a walk down to the mall, smelling piss and beer and gas; that could be me in a couple years, suckin’ fumes under the highway pass, on a rainy day”.  Finally, one of Mark’s finest heartbreak songs, “It’s A Motherfucker”.  Just how is life without the ne he loves?  Well, folks, it’s a real mofo. 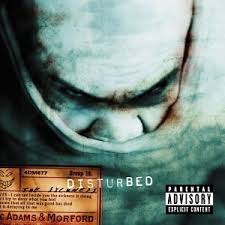 When this was released during my junior year of high school, it was a welcomed genuine response to the nu-metal trash that was dominating the airwaves at the time.  Looking back, it really is an extended opus to mental health, which isn’t a surprise given how much time and energy frontman David Draiman has given towards that cause throughout the Chicago band’s career.  “Voices” gets things started with a fury as the voices in someone’s head scream and shout, foretelling the damage that will be done if they are ever listened to.

The mega-hit “Down With the Sickness” was everywhere in 2000, albeit a radio edited version.  Disclaimer for those who are unfamiliar: the album version is most definitely NSFW, not that anybody goes to an office for work anymore.  “Stupify” and “The Game” also crushed our eardrums on rock radio, and for good reason- the band sounded like a modernized version of the great metal we were raised on.  Not to mention that David’s pipes are legendary and his use of guttural-scatlike expression is unique and unparalleled.

There are a few songs here that may not have gotten as much love but are deserving: “Shout 2000”, their seemingly bizarre but incredible take on the classic Tears for Fears song; the pummeling aggression of “Want” (with more of that guttural chanting); and the industrial metal inspired “Meaning of Life”.  The latter track and its longing to “get psycho” reminds me of a blended Nine Inch Nails, Rammstein, and Disturbed cocktail- I’ll have a double, please.

50 Years Ago This Month: 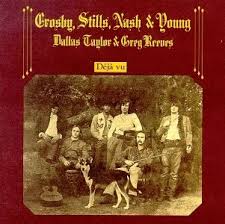 What an album- this is hippie folk at its best… and a supergroup with four incredible talents that was destined for burnout.  Although I was born far too late to enjoy this in its time, I love it dearly and had the great pleasure of catching these four on their 2006 reunion tour.

Stephen Stills gets things going on the optimistic love-in that is “Carry On”, complete with beautiful harmonies and guitar work on the latter half.  While Graham Nash’s “Teach Your Children” may get the most attention (and it is a fantastic song), there are many others that have gracefully stood the test of time.  I’ve never been a big Crosby fan, but his “Almost Cut My Hair” is a great acknowledgement of the counterculture and letting his “freak flag fly”, and the title track is mesmerizing.  It will surprise none of my loyal readers that Neil Young’s “Helpless” is my highlight on this juggernaut.  What a gorgeous tune- it stands as one of this finest songwriting efforts.

Their take on Joni Mitchell’s “Woodstock” is greatness, and like much of this album it takes the listener back to a very specific place in time.  And then there is “Our House”- a song my Mom played frequently when I was growing up that still makes me tear up every single time I hear it, recalling simpler (and in many ways, better) times.  Graham’s lyrics are so vulnerable and grateful for the things he has; these things, we come to learn as we grow up, are often fleeting.  Yep, had myself a good cry while writing this one, folks.  #allthefeels